Following on from my post on ‘Tried And Tested Newborn Baby Toys For 0-6 Months’, here’s the next stage for 6-12 months. We went from newbie parents not knowing what toys to buy our baby Jin, to buying OH so many!
We wanted the traditional wooden ones, the cute soft animals and the fun electronic toys!
Of all these, there were very clear favourites.

Jump to toys
jump to Teethers

6 Months Is A Turning Point

For me, 6 months was when it really got interesting because that ‘lying there not doing much’ phase was over. Jin’s vision was clearer, he could sit up, hold and explore toys and generally react and engage more with me!

He was an early teether and they came in quick one after the other, so he was chewing anything and everything in sight.

All these things opened up a whole new world for toys!

What Can Baby Do At This Stage

Here’s a very high level snapshot of baby’s development and the types of activities and toys that come recommended for the age group in stores.
This is a guideline only, as babies can develop at different levels and speeds. 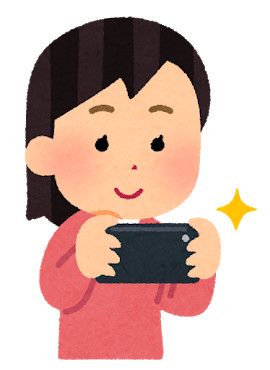 Some Useful Guides on Baby’s Development

There are lots of visuals and guides out there that take you through baby’s development month by month but I found these 2 particularly useful:

Vision Direct illustrates how baby’s vision develops month by month with a handy slider that show you how baby sees blurry to clear.

Of The Hearth has put together a nice table, which may give you ideas on activities for babies in categories of Visual, Auditory, Tactile and Kinetic.

And Now For The Toys

Many of the toys and books that Jin enjoyed during 6-12 months were items he already had before turning 6 months – when he was younger he would simply look and hold them but as he grew, he figured out how to use them.

Age Purchased: Newborn but proper use was after 6 months
Used Until: Still using at 16 months
Focus Activity: Sensory, Imagination

This rabbit has entertained Jin since he was tiny. We would make the rabbit jump around and scuttle up his leg or arm and he would giggle hysterically!

We particularly like this because we love animals and are teaching Jin strength control and to be gentle. Hopefully this’ll have some effect because we plan to get a rabbit and dog one day!

We’ll be using this one for a long time because as he grows up, we can do more role playing with it and he can eventually use it himself.

Age From: 12 Months+ (for child to acually use)

You can move the puppet’s head and front paws

Many other animals available

I first introduced this in my ‘Tried And Tested Newborn Baby Toys For 0-6 Months’ post but here it is again because Jin still adores it. This is the toy that made him smile no matter what his mood – that’s enough to make this toy my #1!

3 sing along songs and 15 melodies

C-ring to attach to pushchairs etc

Banana teether, mirror for self awareness

We got this when Jin was 3 months old but he only really started to use it properly after 6 months – turning the pages, reacting to the sing along songs and pressing the piano keys.

When he’s a little older and talking, we can sing along together and do more with the piano keys and instrument sounds.

This isn’t just another electronic toy, it has plenty of elements that can be pushed and spun and explored. When Jin was younger he would sit up holding onto it and gently touch everything but not quite able to push the buttons down fully or spin the shapes. But as soon as he was strong enough, he was making full use of every activity on this cube and is still going strong at 16 months!

When small toys goes missing, its usually stuffed inside the cube so he uses as storage!

5 sides of activities :
Chunky light up buttons with 4 animal pictures and sounds
Spinning squares with cute images
Press and slide musical instrument buttons to hear their name and sound
Spinning ladybird travels up and down
Spinning shapes

I remember at first, Jin was too gentle with the buttons and couldn’t activate the sounds but as he grew, he understood to press them down firmly and then something happens! – lights, music, he loved it.

After that, this was his favourite toy for a long time.
It was perfect to take out (noise and size permitting) and I love how it has 3 modes that teaches animal names, shapes and music.

Says ‘open’ and ‘close’ when opening and closing

3 sing along songs and 20 melodies

Chunky handle to carry with you

AnpanMan is an animation that was really popular when I was a kid and still is now.
He’s a superhero who patrols his town protecting citizens. He’s like this bread man – his head is made of a sweet bread filled with red bean paste and the other characters are also types of bread or other foods. Kids go crazy for these character toys and I’m so lucky my Japanese friend gave me hers’.

When Jin was younger, he was fascinated by the toy when he pushed it over and it just bounced right back up. Its also a bell/rattle and has various fabrics attached so great for the sensory stage.

The tissue box was brilliant because pulling tissues out is what babies DO! So although this isn’t quite a full box of real tissues, he had a lot of fun. It looks simple but baby needs to achieve the pincer grasp to pull out the tabs that are sticking out.

Tissue Box
Small cardboard tissue box in a fabric case
Pulling out the tabs reveal 4 fabric ’tissues’ with the AnpanMan characters on
Baby can practice pincer grasp, as well as pulling and stuffing back into the box

Like many parents, we bought this set because Jin just wouldn’t leave our TV remote and mobiles alone! So instead of the colourful fun remote/phone we went for these more realistic versions.
He loved it and happily walked around the flat with them, pressing the buttons. He was fascinated by the key that flips out when you press the button on the car keys.

These are also great for on-the-go BUT the only downside is that there are no on/off buttons for any of the devices so they can go off in your bag or where ever you’re carrying them.

Pretend TV remote, smart phone and car keys which are made to look realistic

Total of over 30 sounds and features

Remote says the numbers in English, French and Spanish

At first, Jin only had eyes for the red ball on the top! He took it everywhere with him. Then he took interest in the rings and enjoyed chucking them across the floor. Eventually he learnt to slot them on to the wood and anything they’ll fit over really, like my fingers!

I think this is a really good traditional toy for all babies. It teaches coordination and also a useful prop when teaching colours.

This could be used as a tummy time roller but its quite large so Jin mostly like to roll it around the room and hear the bells inside. I would hold it up and look through one end of the tube and he the other – apparently super entertaining!

As it’s an inflatable toy, it’s great for travel and storing away.

Inflatable so good for travel and storage

3 colourful balls inside with bells

Supports baby as they learn to push themselves up

This toy is magic because there’s SO much going on, its endless entertainment!
Although the manufacturer advises the age from 18 months, there’s definitely enough here for younger babies to enjoy and grow into eg. at first Jin couldn’t quite figure out how to use the hammer on the pinball game or the big button on the top but at 16 months he hammers away!

Its the perfect item to take out with you (noise and size permitting) like someone’s house because its an all-in-one.

My First Words, Lets Get Talking Board Book

We searched long and hard for THE ‘First Words’ book. I mean, they’re all very similar so we didn’t need more than one at this stage.
There are so many to choose from that differed slightly on things like:

In the end, this was the best out of them all. The images are good quality photos and pretty much up to date. I really like how the pages are tabbed into categories and the variety of images is just right.

Every 2 pages shows a theme like Around the House, Pets, At the park, Colours and Shapes

Whatever the image on the tab, it asks you to find that object on the page so a fun game to play!

Since Jin’s books are mostly Japanese, it was time to buy some English ones so I browsed and bought a few at random! I grew up with mainly Japanese books so I have a bit of a blank on the popular ones for this age group like ‘The Gruffalo’ and ‘Spot The Dog’.

I picked this one because the colours were fun and the illustration was so unusual. It’s Jin’s absolute favourite and I’ve read it SO many times, I know if off by heart.

Once he starts talking, we can read it together (^_^)

Teethers are a personal thing so you never really know which ones your baby will take to but we like these because they’re teethers but more often, they’re toys.

Jin would throw these chunky teethers around like a ball or hook them onto things and when going to restaurants, we would use the plastic links to connect them to his highchair.

All are colourful, chunky and offer multiple ways to play with, as well as of course being teethers

These are the true teethers.
As I mentioned with the larger teethers above, you never know which ones are best for your baby so you just have to try them out.

Jin’s teeth came in quite early and one after the other so we tried A LOT of teethers at once to help him with the pain. Of them all, these were definitely the super stars.

At one point or another, they really helped Jin soothe his sore gums but the ones he used the most were:

Razberry – I could tell the little bumps massaged his gums nicely by the way he always moved the teether around his mouth. He would look for it whenever he seemed in pain.

Nuby Chewbies – These have different sides to them and Jin clearly showed his preference, depending on what part of his gums were sore that day.

All are BPA free silicone, dishwasher safe and can be connected to the pushchair/car seat/cot/babycarrier with plastic links

My Top 5 Of All These Baby Toys

Jin had VERY clear favourites that he used then and still uses now at 16 months.
Its been brilliant watching him figure out how to use each item and continue to discover.

They also helped him focus and play on his own, whereas before he wanted me next to him, so getting some time for myself has been great!

I went out and asked my mummy friends what toys their babies enjoyed when they were 6-12 months and here’s the top line up:

So that was my list of Jin’s favourite toys during his 6-12 months. It was so hard to pick out only this selection because he has so many! But these are the everyday super stars and if he adores them this much, maybe your little ones might too (^_^)

As an Amazon Associate, I may earn from qualifying purchases made via my website. Thank you for your support! 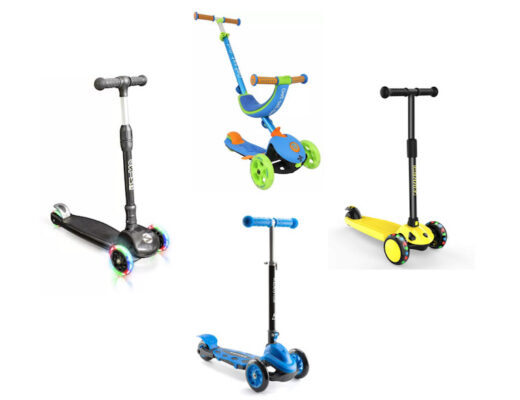 Toddler’s First Scooter – A Round Up Of The Best 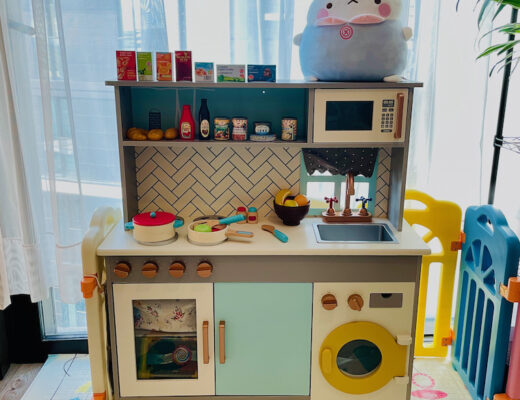 Toy Kitchen And Accessories – This Is the One!

A Japanese/Polish Londoner's world of parenting and food (^_^)